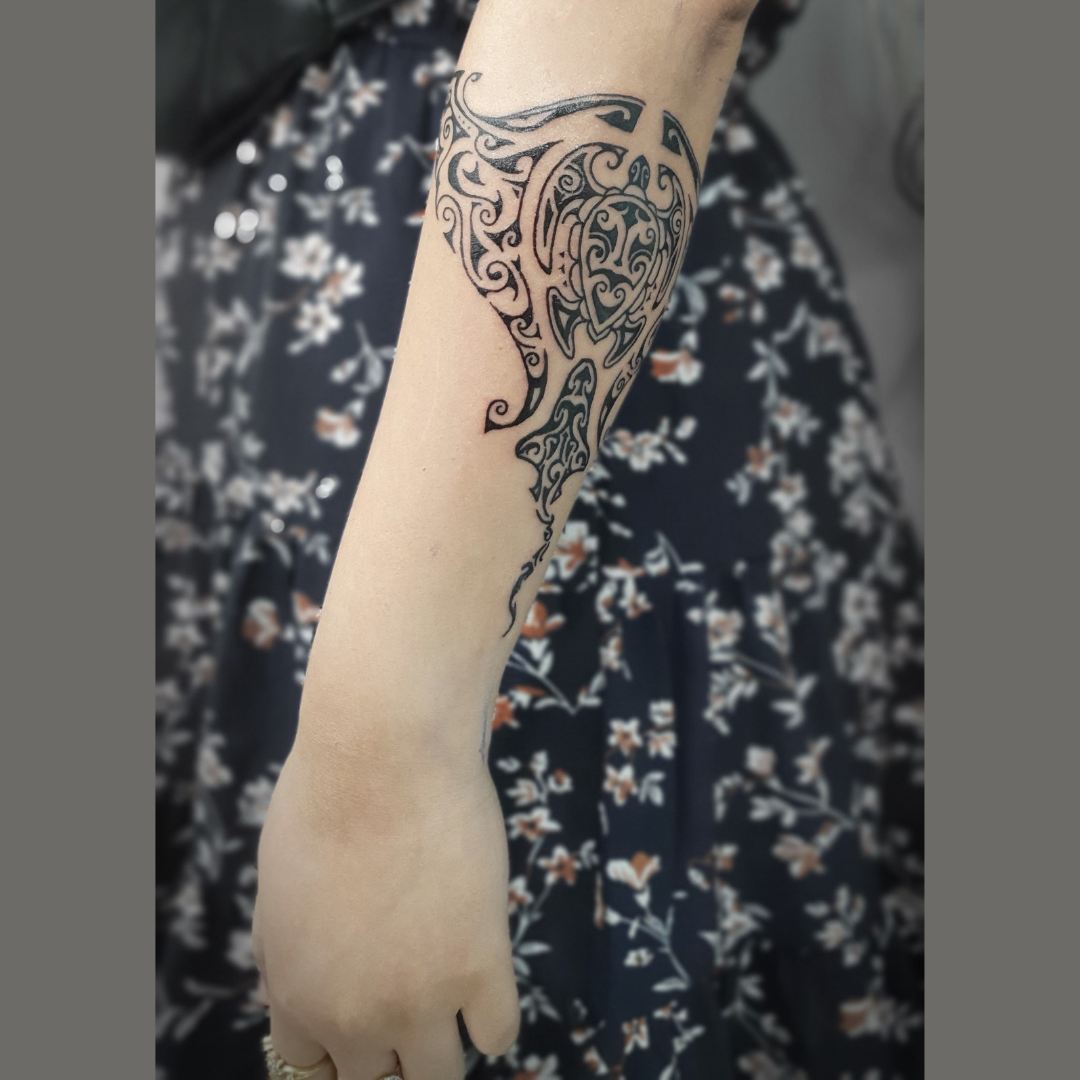 Henna Tattoos – No Pain – Just Stain – Goa Tattoo Shop | Sandytattoo.com: Madonna, Sting, and Demi Moore have recently “discovered” what Hindu brides have known for centuries: henna paste decorates the body with temporary tattoos. Usually applied to the hands and feet, the body becomes a canvas for patterns of scrolls, vines, or flowers that last for a few weeks.

Henna paste, or mehndi, takes from a few minutes to a few hours to apply depending upon the bodily location and the desired detail of the design. After the drawing with cones or syringes is finished, the paste dries to allow the color to become absorbed by the skin. While this takes only 10-15 minutes, the paste should be left on the skin for another 6 hours to achieve the most lasting affect. A sugar and lemon mixture dabbed on the dried mehndi deepens the final color. When fully dry, the crust falls off on its own. Gentle toweling removes any last bits. The tattoo lasts longer with moisture but gradually lightens through natural exfoliation of the skin. Harsh soaps, chlorine and commercial exfoliation speeds the fading of the design.

Celebrations, such as childbirth and birthdays, may include mehndi, but it is Indian brides who traditionally display the most elaborate designs covering their feet and hands. Applying the paste is a celebratory pre-wedding ritual to bring love and good fortune to the couple but it has neither religious nor sacred meaning. Occasionally brides choose to mehndi much of their body and include the name of their groom amongst the designs. It is his right and duty to carefully search for it on the wedding night.

In the Middle East, mehndi days are spent getting to know women of the family as the designs are applied. Females gather to adorn skin with the more casual floral patterns inspired by Arabic art. It is a woman’s day to put away household responsibilities and share a joyful activity with others of her gender.

Leaves are ground into a paste and may be mixed with other ingredients such as oil or tea. The resulting mash remains dark green or black even though the stain is consistently reddish brown. Recipes for henna mixtures are well-guarded family secrets for good reasons. Women want their family members to have a deep, rich tattoo as tradition proclaims the bride doesn’t do housework as long as her design can be seen. In addition, how much your mother-in-law will love you correlates with the length of time the mehndi remains.

The paste that has adorned so many women comes from Lawsonia inermis, a small tree that grows in areas where the minimum temperature is usually greater than 60 degrees Fahrenheit. Lawsonia inermis is a thorny tree that needs about five years to mature and produce leaves with useful levels of tannin. It grows better in arid than in wet regions and tolerates extreme heat and long droughts. Its origins as a tattoo paste can be traced to areas of Northern Africa, the Middle East and India. Blossoms of the same tree have been used in perfumes since 1500 BCE.

The use of this abundant plant began in earnest when the desert people of India discovered its “cooling” properties. By dipping their hands and feet into the mud or paste made from the crushed leaves, they were able to keep their body temperatures low as long as some color remained. In the arid heat of their desert environment, this was indeed a fortuitous discovery!
From this general application came more specific ones. Women found that a large central dot in the palm cooled as well as staining the entire hand or foot. This rudimentary design was embellished with dots around the center which evolved into the use of increasingly pleasing designs.

In addition to being used to apply temporary tattoos, henna has been used to color wool, silk, animal skins and men’s beards. Mummies dating to 1200 B.C. show evidence of henna use on hair and nails of pharaohs. Today the deep-colored paste is used by women to give luster to their hair as well as hide the grey.

When an Indian woman asks her husband if he has mehndi on his hands, it doesn’t mean she really thinks he is decorated with reddish-brown body art below his wrists. She is referring to her bridal days when she wasn’t expected to work while the mehndi could still be seen and is asking if this is also HIS reason for laziness.